Confusion about the exact location of the Réseau express métropolitain ( REM) station in Ste-Anne-de-Bellevue was cleared up last week when CDPQ Infra, the entity responsible for managing the $6.3 billion light rail project, confirmed once and for all that the station will be located near the Braerob farmhouse to the east of Morgan Blvd. and not further west, near the intersection of Morgan Blvd. and Chemin Ste-Marie. 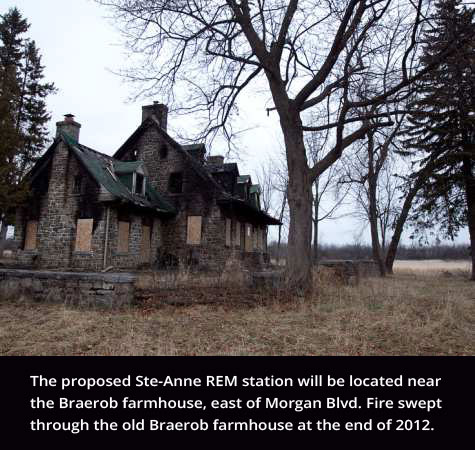 "It was determined that we would not locate the station (near the intersection) because there are wetlands there," CDPQ Infra spokesman Jean-Vincent Lacroix said. "Some people might want it to be at the intersection but that is not where it will be located."

Lacroix said that the wetlands made building a station in that location a bad idea from both an environmental and construction standpoint.

Ste-Anne-de-Bellevue resident Michel Belleau has been following the progression of the REM project closely and wanted specifics concerning the location of the station. He sent CDPQ Infra a request for more details and received a response which could be interpreted to mean the station's location was further west.

When a reporter asked for clarification about CDPQ Infra's email exchange with Belleau, Lacroix said the email did not include all the details about the station's location which might have led to the confusion, but that the location near the Braerob farmhouse was, indeed, the spot.

The mayor said the location of the Ste-Anne-de-Bellevue station is convenient for people working in the industrial district and will serve as the entrance to the nature park.

Belleau said he's not convinced that the off-island commuters will head directly for the Kirkland station.

"(Drivers) will come to us (first) and then Kirkland," Belleau said. "There will be a (traffic) problem on Chemin Ste-Marie. People need to ask questions."

He wants Ste-Anne-de-Bellevue to organize an information session with CDPQ Infra.

Hawa said they had not organized an information session because the REM station had been included in the Special Planning Project for the town's north sector and that the SPP was adopted following multiple focus and information sessions with the public.

REM information sessions were held in Pointe-Claire and Kirkland for all West Island residents interested in learning more about the project. Kirkland held an additional public session because a portion of commercial land near its REM station would be redeveloped and council wanted input from residents about their vision for that piece of land. 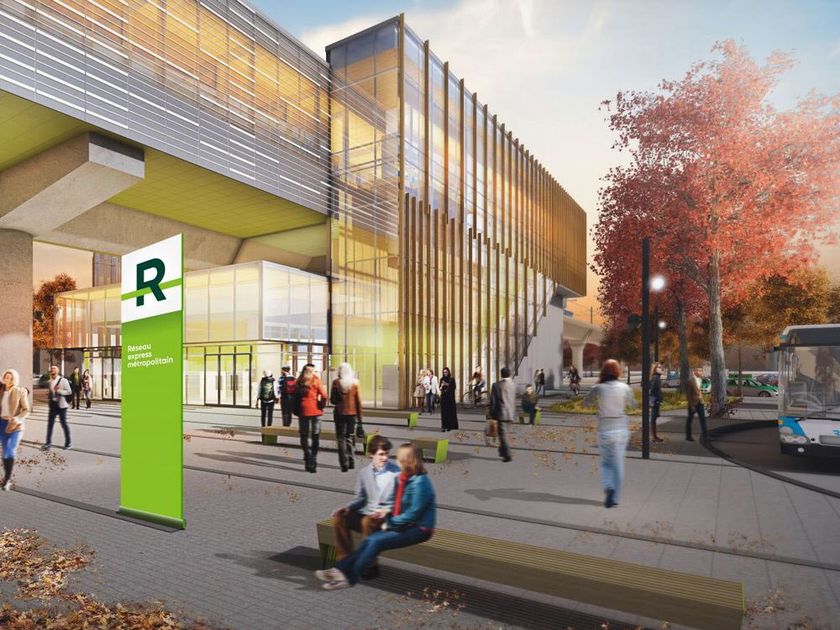 The REM station in Ste-Anne-de-Bellevue will have 200 parking spots and be located near the Braerob farmhouse.